The diversity of Australia’s landscapes, flora and fauna offers some of the most memorable experiences on earth. It’s big, it’s bold, it’s beautiful – and home to one of the most multicultural populations in the world.

It’s not surprising that in 2017-18, the Australian tourism GDP grew faster than the national economy. Australia welcomed more than 9.3 million international visitors to its shores in the year to May 2019, a 3.3 per cent increase on the previous year.

Australia’s diversity offers endless experiences. In this article, we’ve chosen just five reasons why Australia is the adventure of a lifetime. For those who visit the Australian Pavilion at Expo 2020 Dubai, you will experience a taste of Australia and learn why a trip Down Under is a must!

1. Australia is one of the most biologically unique and diverse countries on the planet

Australia fully separated from the supercontinent Gondwana over 30 million years ago before journeying up north on its own. Since then, changes in land formation and climate, and the physical separation from the rest of the world, have made Australia one of the most biologically unique and diverse countries on the planet.

Today, Australia is home to more than one million species of plants and animals. More than 80 per cent of Australia’s plants, mammals, reptiles and frogs are found nowhere else in the world. These include some of Australia's best-known animals, such as the kangaroo, koala, echidna, dingo, platypus, wallaby and wombat.

Western Australia’s wildflowers are the largest collection on Earth. Of the 12,000 plus species, more than 60 per cent are found nowhere else on Earth. They colour the landscape from coast to forest and city to outback, from June into September each year. The spectacular annual flowering attracts visitors from around the world.

2. Australia is home to the oldest living civilisation in the world

Australia is home to the oldest living culture and civilisation in the world, estimated to be at least 65,000 years old.

Blue Sky Dreaming, the theme for the Australian Pavilion at Expo 2020 Dubai, envisions a future of boundless and infinite opportunities and a worldview founded on thousands of years of indigenous connection to land, sea and sky. The Australian Pavilion will link visitors to our country and invite them to share in Australia’s story of innovation, which can be traced back to one of the world’s oldest civilisations.

More than a quarter of Australians were born somewhere else. In 2016, 49 per cent of Australians were either themselves or had at least one parent born overseas. Australia has a higher proportion of overseas-born people (26 per cent) than many other countries founded on migration, including the US (14 per cent), Canada (22 per cent) and New Zealand (23 per cent).

More than 300 languages are spoken in Australian homes. In addition to English, other common languages include Mandarin, Arabic, Cantonese, Vietnamese, Italian, Greek, Hindi, Punjabi and Spanish. The cultures of Australia’s First Nations people are also diverse and play a defining role in Australia’s multicultural landscape.

The diversity of influences across Australia contribute to a unique cultural environment that is lively, energised, innovative and like no other in the world.

4. Australia is featured 19 times on the UNESCO World Heritage List

Australia has 20 sites of cultural and natural significance inscribed on the UNESCO World Heritage List. Of these, 12 are “natural’ World Heritage sites, including the Northern Territory’s iconic geological formations Uluru and Kata Tjuta. A trip to Australia can take you to the Kakadu National Park, which has been inhabited continuously for more than 40,000 years. There’s also the Budj Bim Cultural landscape in Victoria – one of the world’s oldest and most extensive aquaculture systems dating back at least 32,000 years.

The mammal fossil sites at Riversleigh, Queensland and Naracoorte, South Australia make for a unique experience. A trip to Tasmania’s Macquarie Island will take you to the only place on earth where rocks from the earth’s mantle are being actively exposed above sea level, while Shark Bay in Western Australia is home to the largest and richest sea-grass beds in the world. If in Queensland, a visit to one of the seven natural wonders of the world, the Great Barrier Reef, is a must.

If world-renowned architecture is more your scene, must see sites include the twentieth-century innovative structural design masterpiece that is the Sydney Opera House in New South Wales. In Victoria, you can find the Royal Exhibition Building in Melbourne, which was originally built for the 1880 World Expo.

Australia is the world’s sixth largest country in size yet the third least densely populated.

When you include all of its islands, Australia’s coastline measures more than 59,000km and features 10,685 beaches. Australia has almost 1.4 million square kilometres of desert and 134 million hectares of forest, 98 per cent of which are native forests. The Australian coastline houses habitats and species found nowhere else in the world, encompassing a diverse variety of ecosystems.

More than 80 per cent of Australians live within 50 kilometres of the coast, making the sand, sea and surf an integral part of the Australian economy, lifestyle and cultural identity. From Saturday morning surf-club training for young ‘nippers’ to a game of beach cricket after a barbeque, Aussies love life on their sandy shores. With hundreds of coastal national parks and iconic beach destinations, such as Bondi Beach in New South Wales, Australia has every seaside experience on offer. Going to the beach to enjoy the sun and surf or to sail, parasail, fish, snorkel, scuba dive, swim and beach comb are all popular activities for visitors to Australia and Aussies alike. Australian beaches are a place to socialise, play sport, relax and enjoy time with family and friends.

Australia’s laid-back and culturally diverse lifestyle, its natural and man-made wonders and unique flora and fauna make it the must-do adventure of a lifetime. 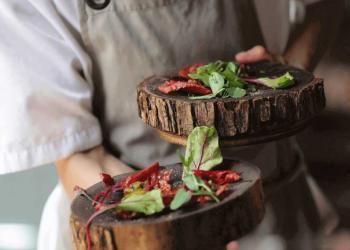 Get a glimpse of what to expect @expo2020dubai through the Pavilions Premiere. First off e 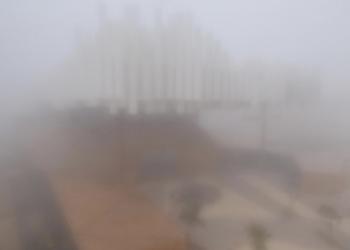